The legend has it that a prince name Olbanius had four daughters whom he deeply loved. All four were breathtakingly beautiful and agile, and they loved to spend hours swimming in the Mediterranean. 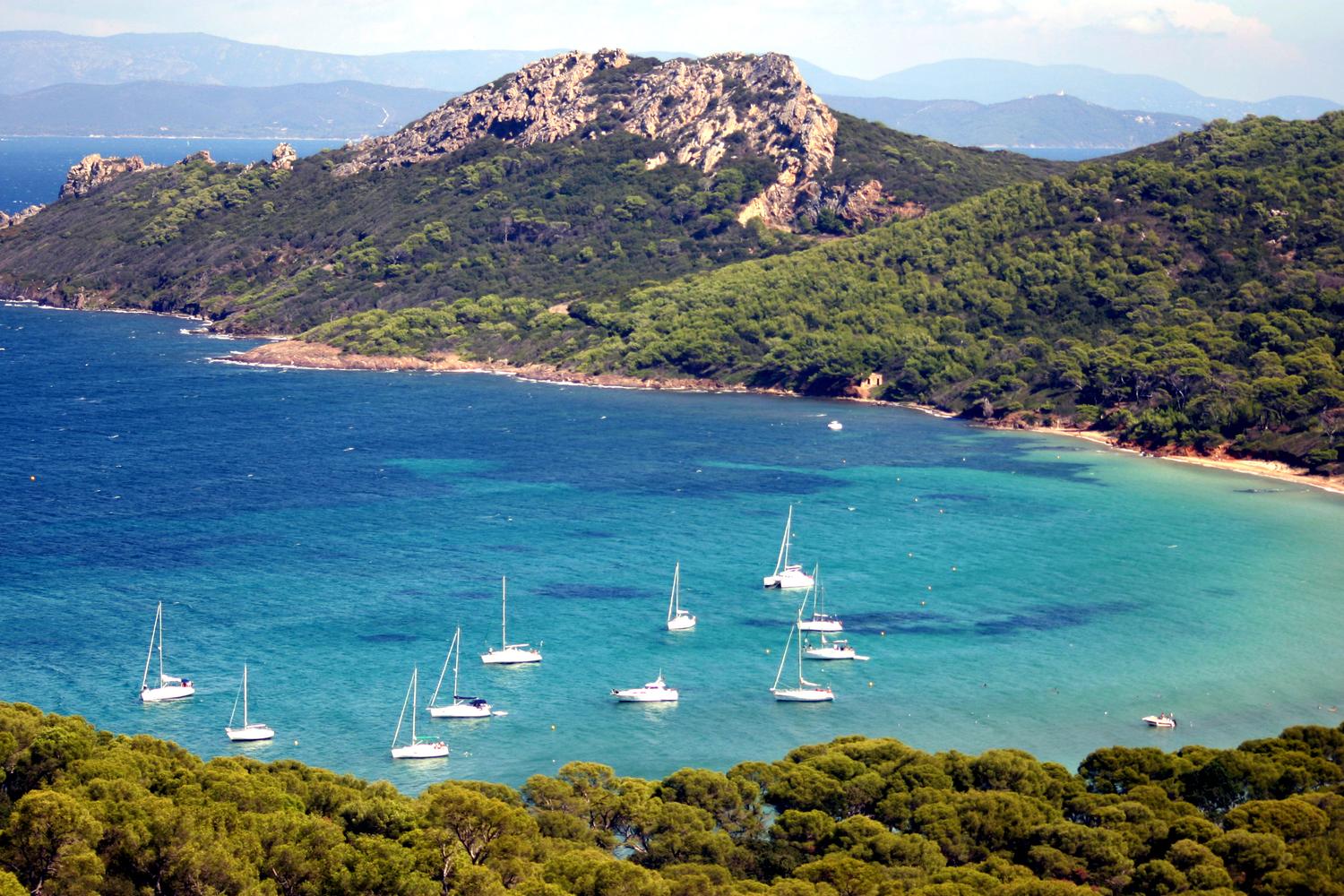 "One day, while his daughters were swimming far away in the distance, Prince Olbanius spotted a sea rover below the horizon. Scared, he begged them to swim back as quickly as possible, but unfortunately, the pirates proved faster and caught up with the daughters. Prostrate with grief, the prince begged the gods to save his daughters. Moved by the prince’s prayers, the gods decided, as the pirates were about to capture the daughters, to come and help him. The four young women then felt their bodies harden and became petrified.

The three sisters who were the farthest away from the shore made up what is now called the Îles d’Or, while the younger sister, as she was stretching her arms towards her father, became the peninsula of Giens."

Explore the three Îles d’Or (Porquerolles, Port-Cros and Le Levant) through hikes. You will discover exceptional wild landscapes and the encounters with many rare species in the fauna will be thrilling.